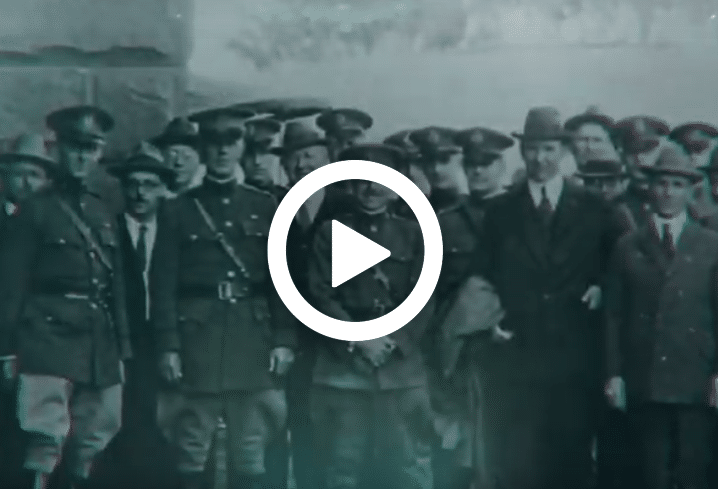 On March 1, 1997, the National Security Industrial Association (NSIA) merged with the American Defense Preparedness Association (ADPA). This new, expanded organization was renamed the National Defense Industrial Association (NDIA), reflecting the past identities of former entities as well as the need to continue the mission of advocating and advancing the national imperative of having a responsive defense industrial base, one capable of providing American armed forces with the most modern military technology. This merger was the latest expression of a decades-long effort to support the needs of national defense with an efficient industrial and manufacturing capability.

April 2, 2017, marked the one-hundredth anniversary of President Woodrow Wilson’s appearance before Congress to ask for a declaration of war against Germany. The American entrance into the war on the side of the allied powers was decisive in breaking the horrific stalemate that had characterized the conflict. But, in many ways, the war was a conflict for which the United States was industrially ill-prepared. Although American manufacturers were successful in producing the fundamental essentials for General Pershing’s American Expeditionary Force – uniforms, rifles, and various types of ammunition, by the time the war ended in November 1919 America’s “doughboys” were largely fighting with foreign-produced equipment – French fighter aircraft, such as Captain Eddie Rickenbacker’s SPAD VII; French artillery pieces, such as the famous “French 75” howitzer used by Captain Harry Truman; and British built tanks such as those commanded by Lieutenant Colonel George Patton. Some American leaders recognized this serious deficiency and decided at the war’s end that this would be an unacceptable circumstance in the future.

Brigadier General Benedict Crowell, who had served as the Assistant Secretary of War, realized that there needed to be an approach for involving industry with national defense. In October 1919, he convened a meeting of military officers and leading manufacturers at Aberdeen Proving Grounds in Maryland to discuss this deficiency and explore what might be done. The result of this gathering was the establishment of the Army Ordnance Association. The goal of this association was industrial preparedness, both in peacetime and in time of war. Highlighting the need for such preparedness and capability, in 1921 Crowell published How America Went to War, a book which remains the definitive study of America’s limited ability to support the war effort in World War I.

Crowell served as the Chairman of the AOA from 1920 to 1945. The Association, through its efforts to highlight the need for military preparedness, played a major role in stimulating dialogue between manufacturers and the military customer. But the message was slow to take hold during a period of economic depression and national isolation. Writing in the Association’s magazine in 1935, Army Chief of Staff, General Douglas MacArthur, noted that: “Modernization requires the development and acquisition, in all necessary types, of equipment of maximum efficiency, and the adoption of methods calculated to produce the most effective results from their coordinated use.” He added as a caution: “The army’s cross-country combat vehicles, commonly known as tanks, are hopelessly out of date. We have on hand some hundreds of World War I tanks totally unsuited to the conditions of modern war and of little value against an organized enemy in the field.” MacArthur’s concerns were echoed by a younger Army officer writing anonymously, who argued that the industrial base needed to be structured to quickly expand to meet military needs in a national emergency. That officer was Lieutenant Colonel Dwight D. Eisenhower.

Through the efforts of General Crowell and others the message slowly took hold, and by December 1940, in one of his most famous “fireside chats,” President Franklin Roosevelt, concerned about the direction of the new war in Europe, declared that America must be “the great arsenal of democracy.” From that time forward, thanks in no small measure to the efforts of General Benedict Crowell, and the Army Ordnance Association he created, and its successor organizations, the United States has served that role.

In 1948, the Army Ordnance Association changed its name to the American Ordnance Association, reflecting the changes brought about by the establishment of the Department of Defense. At that time, the Association broadened its technical coverage and activities to include manufacturing, emerging technologies, and supply chains for sustainment. In addition, the new name reflected that the scope of its mission was not focused on the Army, but now extended to the efforts of all military services, which had by now become very technologically intensive.

On January 1, 1965, the Armed Forces Chemical Association and the American Ordnance Association merged and continued addressing their foundational mission under the banner of the American Ordnance Association. The Association continued to broaden its technical competence to embrace the changing, complex technology and management needs of the modern military forces. To more adequately reflect this expanded interest into ever more sophisticated capabilities, on July 1, 1973, the name of the Association was changed to American Defense Preparedness Association – the ADPA. The American Defense Preparedness Association became a national organization dedicated to fostering progress in science, engineering, education, and management focused on national defense and the defense industrial base. As before, it remained a nonpolitical and nonprofit organization dedicated to preparedness and national security. Through continual advocacy, education, and information campaigns it continued efforts to increase weapons technology, improve defense management, and create a strong science-industry-defense team through continuous communications and collaboration.

On April 4, 1974, with the incorporation of the Armed Forces Management Association into the American Defense Preparedness Association, the capabilities to promote better management techniques and procedures throughout the defense agencies and industry were increased. On November 1, 1992, the National Training Systems Association also joined with ADPA, a combination reflecting the consolidation of the defense industry stimulated by the end of the Cold War.

The National Security Industrial Association was a national association of industrial, research, legal, and educational organizations of all sizes and from all segments of industry related to national security. Founded in 1944 as the Navy Industrial Association, it was non-profit and non-political and was established to foster a close working relationship and effective two-way communication between the major defense agencies of government and the industry supporting it.

With the creation of the Department of Defense in 1947, the Association broadened its scope and in 1949 its name was officially changed to the National Security Industrial Association. Like the ADPA, the NSIA was concerned about the industry’s role in contributing to national security. NSIA provided an effective forum for the exchange of ideas and information between its corporate members and government agencies through a network of committees, chapters, national meetings and conferences, and visits to the Defense Department of Defense installations. Nonetheless, given the consolidation of the defense industry itself during the period 1993 to 1998, it was inevitable that those associations supporting the industry would also need to further consolidate. This led to the 1997 merger of the ADPA and the NSIA into today’s NDIA.

The Result and the Legacy

In 1929, Benedict Crowell addressed the 11th annual meeting of the Army Ordnance Association. In his comments to those gathered before him, he noted that: “The association endeavors to keep alive an interest in and knowledge of the design, production, and maintenance of munitions.” He then added, “In an emergency, time will not permit careful study or long preparation for the production of munitions. The problem is one of vital concern.” This vital concern would be faced be Army Chief of Staff, General George C. Marshall, who was sworn into office on September 1, 1939, the very day Germany invaded Poland to initiate World War II. As future Army Chief of Staff, General Gordon Sullivan once commented, “At that moment, Marshall knew he was in a race to make into reality equipment that was mainly on drawing boards, and to develop operational ideas that were mainly in people’s heads.”

But because of the vision of Benedict Crowell, and the organization he founded, the “great arsenal of democracy responded,” and by the war’s end it had produced thousands of tanks, thousands of fighter aircraft and bombers, hundreds of ships, and countless millions of tons of munitions. The famous aircraft production plant at Willow Run in Michigan was, at the war’s end, producing a B-24 bomber every fifty-five minutes.

That legacy has continued. As Mr. Barry Watts, the former Director of the Pentagon’s Office of Program Analysis and Evaluation (PA&E), has written, if a nation were able to choose a defense industrial base to serve its national interests, “the American military-industrial complex would surely be the one most people and nations would choose.” This was the vision Benedict Crowell had nearly one hundred years ago when he founded the Army Ordnance Association. The mission of today’s National Defense Industrial Association remains firm and fixed: To ensure that vision continues.