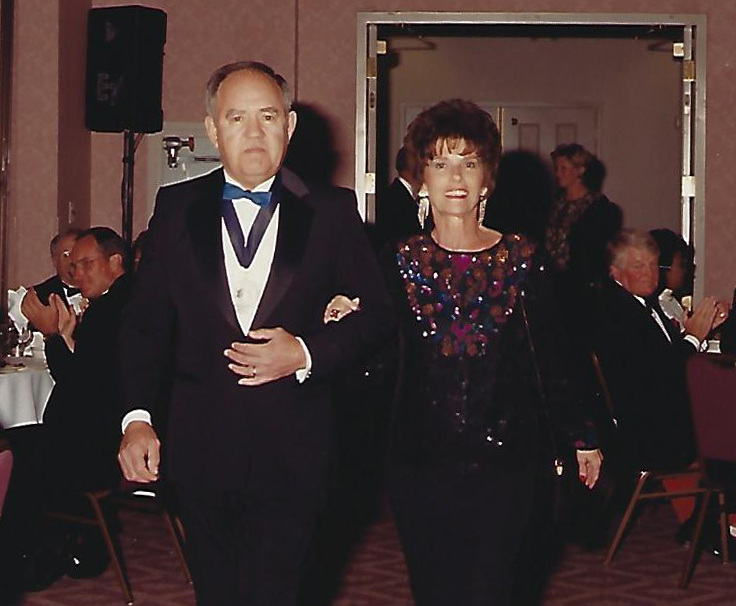 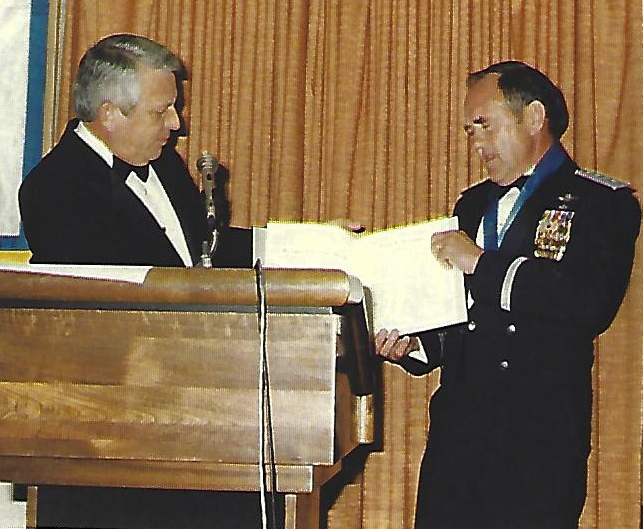 At the first Ball, the goal was to honor General Hartinger and his pioneers who established military space in the US Air Force. To celebrate this accomplishment, the NSIA Rocky Mountain Chapter decided to have a formal ball to honor those involved in that significant achievement. Industry members of the association purchased tables and invited government attendees to attend at no cost, an arrangement that continues today. 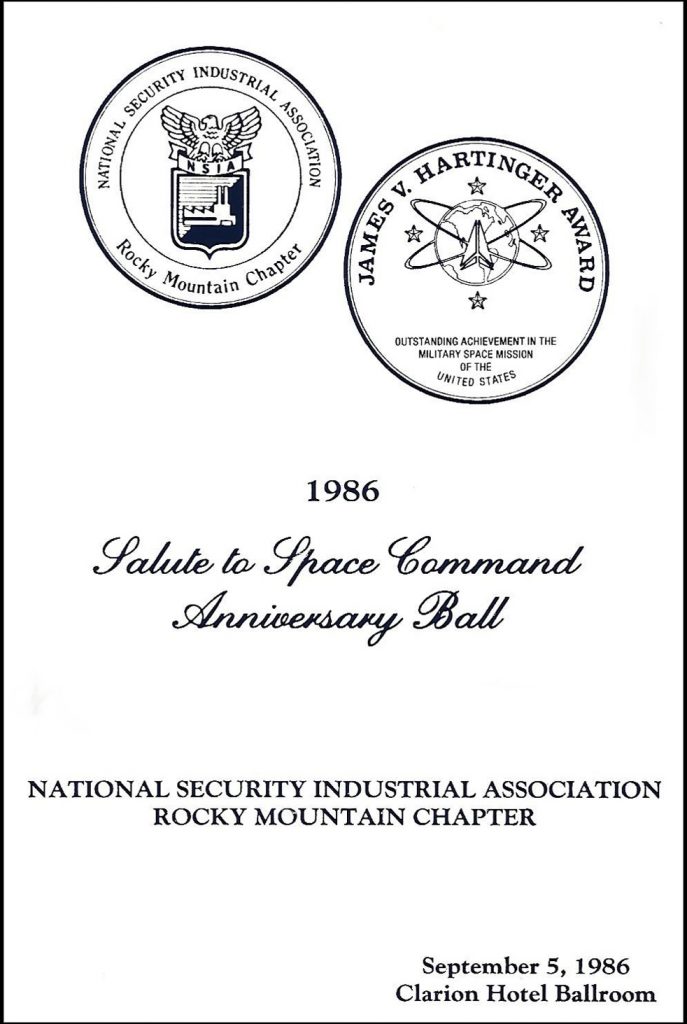 Since the first Ball in 1984, some things have changed, but the Ball continues. In 1997 the National Security Industrial Association merged with the American Defense Preparedness Association and the name of the merged organizations was the National Defense Industrial Association. In 2008, the NDIA RMC changed the name of the Ball to the Rocky Mountain Ball to better capture all defense organizations in the rocky mountain area. The Chapter also initiated new awards for patriots from the Colorado Springs area. The Ball now, in addition to the Hartinger Award, presents the Patriot Award to outstanding individuals from Fort Carson, United States Air Force Academy, Army Space and Strategic Defense Command, USNORTHERN Command and Air Force Space Command and its subordinate units. 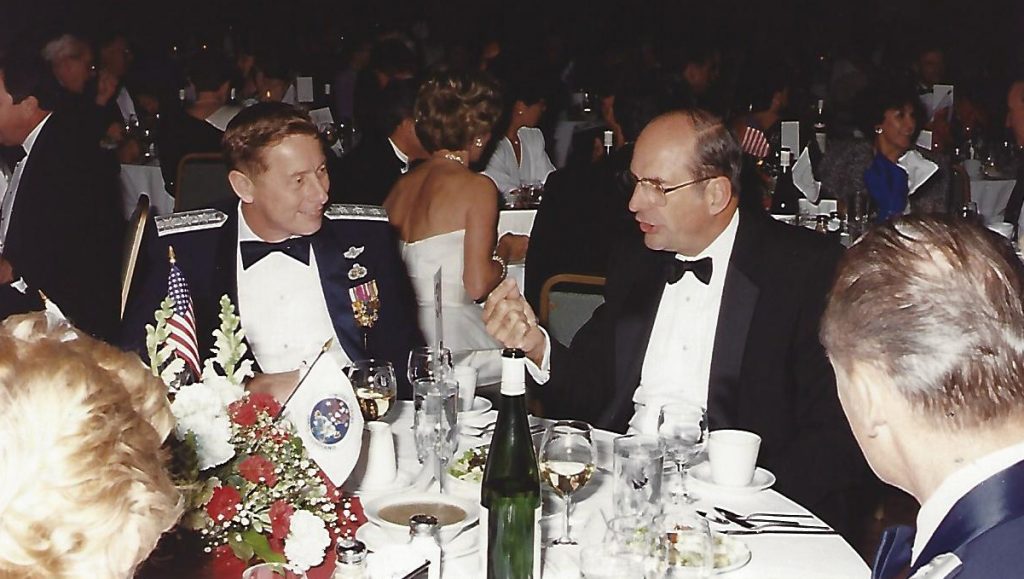 So come join us at this year’s Ball. We will once again be celebrating the legacy of space in the US military and will be honoring military individuals who have gone above and beyond with the Patriot Awards.

To learn more about the Hartinger Award and the Patriot Awards, and those who have received them, follow the links below.

The fun and formality of the Past Ball Events have been archived along with the documented information, past event photos, past award winners, and past sponsors below.

Awards Presented at the Ball

The NDIA Rocky Mountain Chapter has established the Patriot Award, a recognition program. The Patriot Award is designed to recognize exceptional Americans in service to their country who have demonstrated a profound and abiding love of country and whose inspirational leadership, actions, and selfless dedication symbolize our nation’s ideals, values, and founding principles. The award is intended for U.S. military personnel in the enlisted grades, company grade officers, warrant officers, government civilians, and Air Force Academy cadets.  More Information