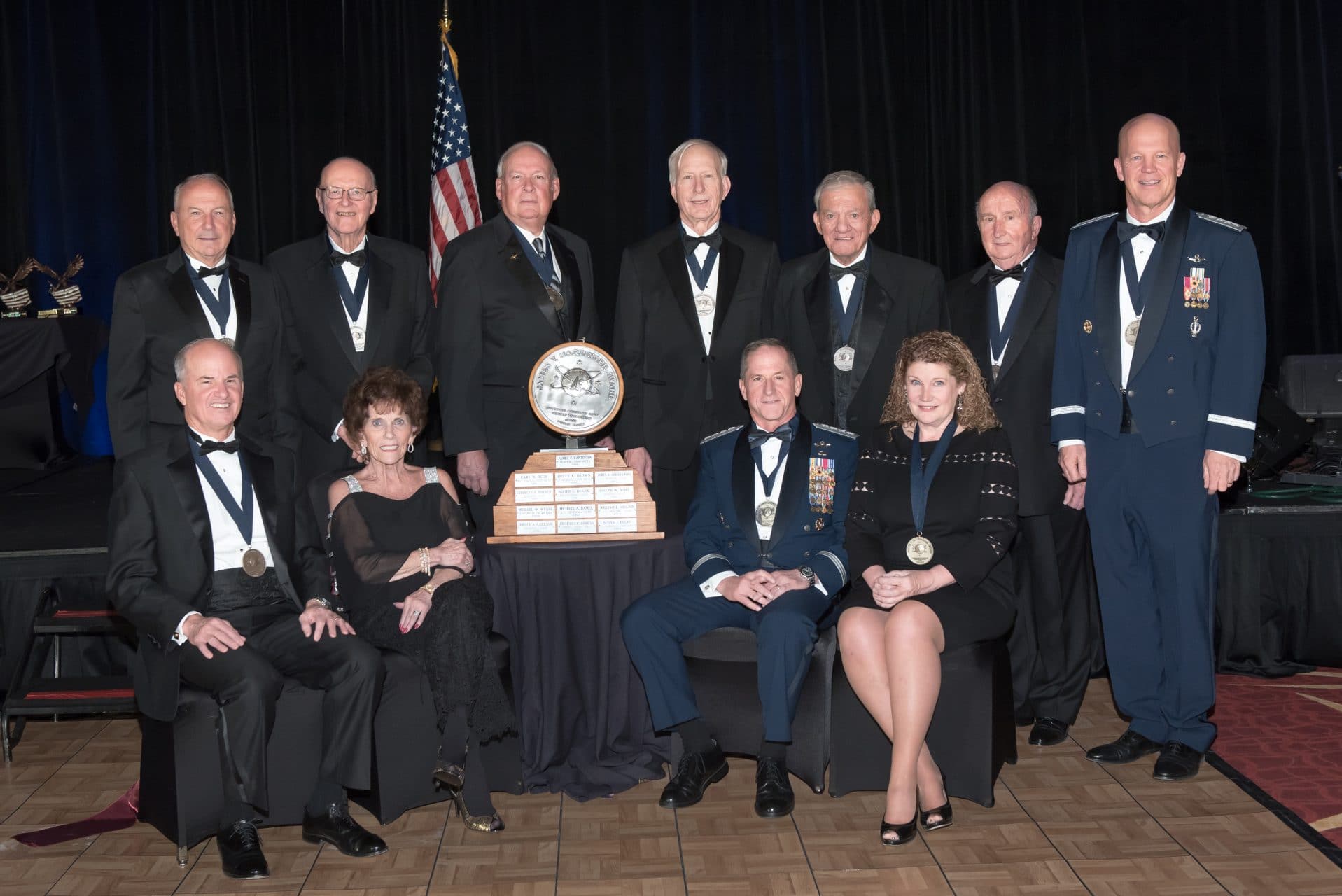 The General James V. Hartinger Award is named for the first Commander of the United States Air Force Space Command.

The Rocky Mountain Chapter of the National Defense Industrial Association presents the award annually to an individual from the military services, other government agencies or industry, in recognition of outstanding achievement in the military space mission of the United States. 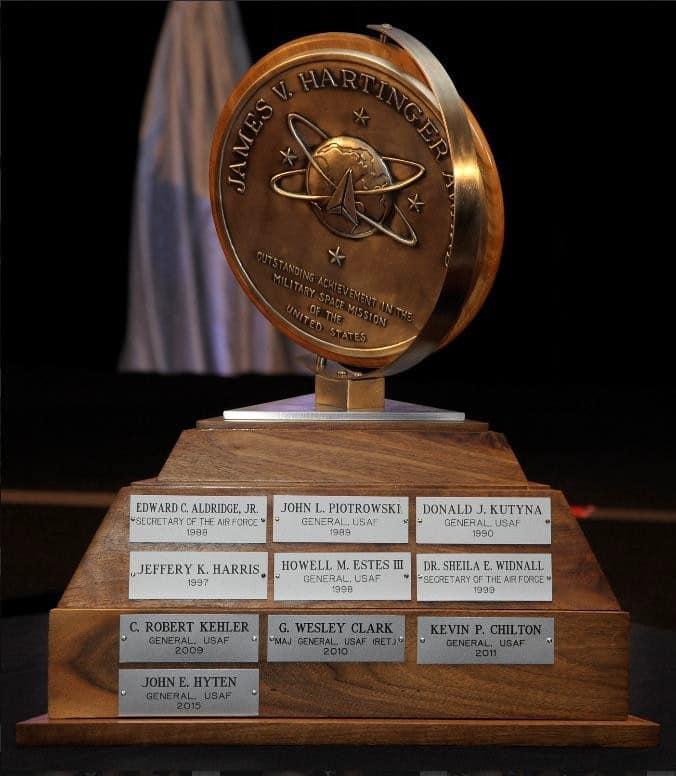 The award commemorative is a pure silver medallion depicting the globe with orbiting satellites and a space vehicle representing our nation’s involvement in space. The reverse side is the National Defense Industrial Association crest identifying the Rocky Mountain Chapter as the sponsoring organization. A plaque, exhibiting both sides of the medallion and identifying award recipients, is on permanent display at Headquarters Air Force Space Command that brought together academic, military, commercial and coalition leaders to advance the application of deterrence theory to real applications for space and other missions.